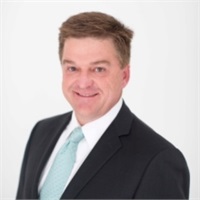 Robert is a financial advisor at Cohesion Wealth Advisors, where he helps clients with their individualized retirement and financial planning objectives. He has past experience working at various firms and specializes in investment management for business owners and qualified and non qualified plans.

Robert has earned numerous industry awards, including being the President’s Club Winner at Principal Financial Group, Vice President’s Council at Lincoln Financial, and an Eagle Award Winner at Woodbury Financial.  He has also achieved the industry professional accreditations of Chartered Life Underwriter (CLU) and Chartered Financial Consultant (ChFC). Currently, Robert belongs to the National Association of Insurance and Financial Advisors (NAIFA) and the Texas A&M Foundation Planned Giving Council, where he received his Bachelors in Business Administration, Investment Analysis. He is a Registered Representative of SCF Securities Inc., an Investment Advisor Representative of SCF Investment Advisors, Inc. and holds a Group 1 and Series 6 , 7, 63 and 66 licenses.

In addition to the numerous industry associations that Robert is involved in, he also devotes time to the community.  He is the past President of the Southwest Lacrosse Officials Association and the past President and Chairman of KidNet Foundation/Jonathan’s Place, a charity devoted to helping abused and neglected children. Robert has also held officer positions with the Richardson Rotary Club, Collin County Extension Service Program Council and the North Texas Chapter of U.S. Lacrosse, and the Officials Training Counsel of US Lacrosse.

Robert resides in Dallas, Texas, with his wife, Kim, two daughters, and Golden Retriever, Maggie. He is an avid golfer and a member of the Prestonwood Country Club, where he also plays tennis with Kim. Robert enjoys Aggie Football, hunting, and fishing